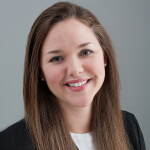 Lori Schwartz Reichl (b. 1978) is the author of over 60 articles and interviews for an assortment of music education publications. Lori's experience of establishing and maintaining band programs in various educational settings has transformed her career into serving as an active adjudicator, clinician, conductor, instructor, and speaker.

Lori is co-author (with Robert Sheldon) of the e-resource Hit the Highest Notes: Tips from the Coordinator and Conductor for Hosting a Successful Honor Ensemble Festival. Lori is also the author of the “Tools for Educators” series entitled “Key Changes: Refreshing Your Music Program” published monthly in the teacher's edition of In Tune Monthly Magazine: The Young Musician's Textbook where she provides resources to enhance the music classroom and rehearsal space. She also serves as a journalist for Teaching Music Magazine. Lori's work is featured each month as part of the National Association for Music Education's (NAfME) Music in a Minuet Blog and is routinely republished in The Woman Conductor Journal and many state music education association journals and newsletters. Her articles, "Professionalism in Teaching" and "Make It Stick!", were highlighted as two of NAfME's "Top 10 Most-Read Music Education Blogs of 2019". Lori designed her mentoring publications into a graduate course that she instructs annually through The University of the Arts appropriately entitled "Making Key Changes: Refresh Your Music Program".

Lori is a co-founder of Women Banding Together, a global group that cultivates mentoring relationships and fosters the development of women band directors. For Women Band Directors International, she serves as a member of the Mentoring Committee and State Chair for Maryland. In Maryland, Lori serves as Artistic and Executive Director of the Regional Repertory Wind Ensemble and Co-Coordinator of Howard County's Secondary Solo & Ensemble Festival. Lori has served as a high school band director for American Music Abroad (2006, 2008, 2009, 2010), conductor of the Howard County Middle School Honor Band (2009 - 2015, 2020), conductor of the Howard County Middle School Gifted and Talented Band (2016, 2017), and supervisor of music education interns for Towson University (2017, 2018).

In 2001, Lori began her career as the first full-time band director of Daniel Boone Area Middle School in Berks County, Pennsylvania, where she received the Superintendent's Award for Excellence in Teaching. In 2006 she moved to Maryland and began her work with Title I Schools. As band director of Oakland Mills Middle School, Lori was a finalist for the 2011 Howard County Teacher of the Year Award as well as a finalist for the 2013 Howard County Parents for School Music Educator of the Year Award. Under her baton, the Oakland Mills Bands received consecutive superior ratings at county, state, and regional adjudications, were presented an Honorary Resolution from the Howard County Council, and performed as the featured middle school band at the 2014 Maryland Music Educators Conference. Lori was asked to serve as band director and create the music program for Thomas Viaduct Middle School (2014-2016), Howard County’s newest secondary school. In its opening year, the band received superior ratings at county and regional festivals and was invited to perform at the state band festival.

Lori resides near Baltimore, Maryland with her non-musical husband, her 5-year-old daughter who is Broadway bound, and her 3-year-old son who is destined to be a percussionist. As a saxophone player, Lori grew-up in Manchester, Pennsylvania and attended the Northeastern School District in York County. She was fortunate to have her father as her elementary and high school band director. She credits her large extended family, and especially her parents, for her love of music and teaching.

Lori's motto is "Embrace your uniqueness!" 💗